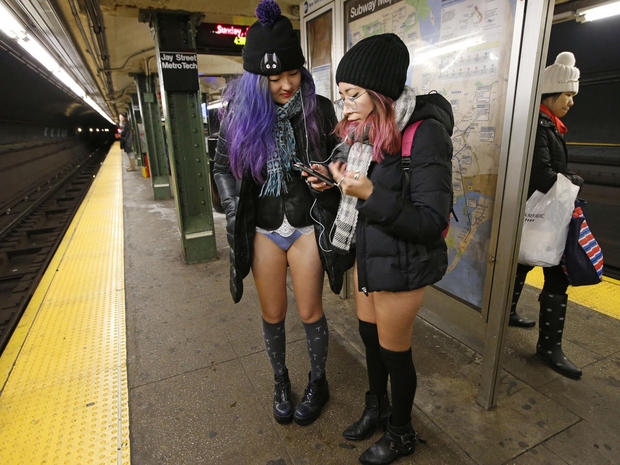 The 19th Annual No Pants Subway Ride will take place on January 12th, 2020 in New York York City and cities around the world.  The No Pants Subway Ride is an annual event staged by Improv Everywhere every January in New York City. (The date changes from year to year and is announced in early December.) The mission started as a small prank with seven guys and has grown into an international celebration of silliness, with dozens of cities around the world participating each year.

Tags: subway nycthings to do in nyc
Prev

BEYOND THE STREETS NYC

Winterland Rink at The Rooftop Pier 17